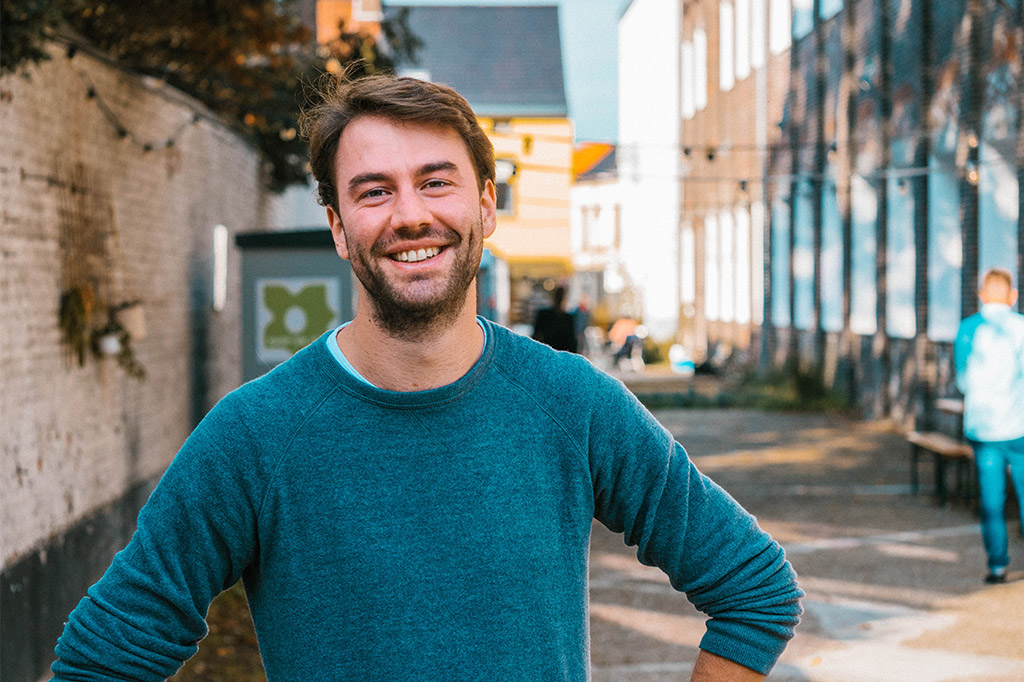 The start-up March based in Ghent – founded last year in March – specialises in finding commercial real estate for organisations. The innovation lies in the fact that March makes maximum use of technology and artificial intelligence. “To put it very plainly, we use big data to map Belgian corporate real estate, on which we release algorithms to identify patterns, so that we can predict who the ideal user of a business property would be in a very targeted way,” says Philippe Meire, cofounder of March.

“I ended up at Four & Five because I wasn’t looking for a classic business lawyer, whose rate starts to run, so to speak, as soon as they pick up the phone, and who all too soon resorts to standard contracts. No, I wanted a partner who was willing to put themselves into the mindset of a start-up and think about the contracts and mandates we were going to work with, about their legal formulation, and even more generally about what we stand for and what we want to achieve. In other words, they made it possible for us to work in the way we had in mind. The cooperation was good from the beginning: Four & Five partner Tessa Gijbels and senior associate Pauline Devos brainstormed with us, worked efficiently, and were very flexible.”

“Together with us, they have very quickly and efficiently worked out the cooperation mandates that we present to our customers and investors. If I had to define Four & Five, I’d say ‘speed’ and ‘flexibility’.” All the more important because as a start-up, we need to be able to switch gears very quickly. Today, we work together on demand, and that flexibility comes in handy again. This month, for example, we had recruitment interviews with someone and wanted to have certain agreements laid down in writing. It had to be done quickly so as not to lose momentum and thus that person. After a phone call from me, Pauline and Tessa got it done in a few days.”